Show Notes:
– Fieldy from KoRn came out and jammed the Intro of ‘Stuck’ before Sam came out and took over.
– Wes jammed the intros of ‘Jerry Was A Racecar Driver’ by Primus and ‘Sour’ before ‘Jump Around’ (House Of Pain cover).
– The band joined KoRn for ‘All In The Family’ which closed the night.

Other Notes:
– This show was entirely filmed for the Family Values Tour 1998 DVD release, which included ‘Cambodia’, ‘Counterfeit’ and ‘Jump Around’ (House Of Pain cover). 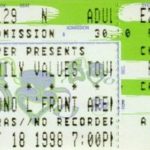 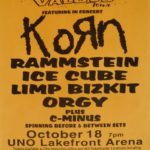 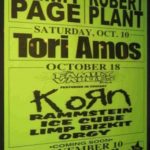