Show Notes:
– Following Fred’s back injury at the previous show, things went a little different at this show. The band did a different show intro at this show. A doctor, probably the one who treated him after the previous show, came out on stage and announced that the band would not be able to play because of Fred’s back injury. After a couple moments, Lars Ulrich from Metallica brought Fred out on stage in a wheelchair. Fred took his microphone, told the doctor that he was going to play the show and had Mike start ‘Hot Dog’. Due to this, ‘Full Nelson’ was dropped for this show. Also, Fred did not move much during the show and according to a review of this show, held his back every now and then as well. 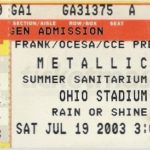 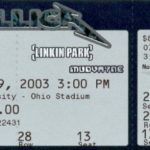 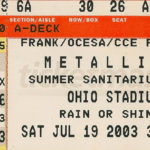