Show Notes:
– This was the first known time that the alternate version of ‘Re-Arranged’ was played. The alternate version has Sam, DJ Lethal and Fred playing the song without guitar and drums until the second chorus before Mike comes in to play alternate melodies while John, DJ Lethal and Sam jam the outro.
– Fred went to the lower balcony during ‘Eat You Alive’. While he was up there, an unidentified object was thrown from the crowd, hitting him in the chin. He kept going even with blood dripping down his chin and finished the show. After the show he went to see a doctor and got seven micro-stitches. 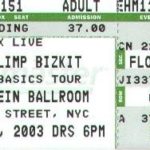 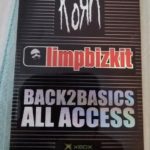 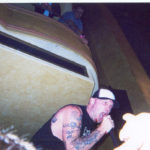