Other Notes:
– This was the first time the band played in Latvia. 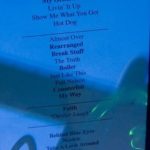 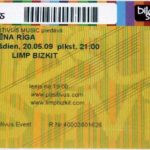