Show Notes:
– This was the first performance of ‘I’m Broke’ since the 08.11.1999 Atlanta, Georgia show.
– Fred went into the crowd during the bridge of ‘Livin’ It Up’. When he continued the song, someone grabbed him by the balls, causing him to punch a fan who he thought grabbed his balls.
– Fred went to a platform near the stage to perform ‘Eat You Alive’. When he got down during the bridge somebody touched his ass, causing him to punch that fan as well, but apologized after he got back on stage, even before continuing the song.
– After the show, Fred picked the person he had mistakenly been punching and the person who grabbed him by his balls backstage and made a video with them and posted it See the video here
– ‘Re-Arranged’ was on the setlist after ‘Nookie’ but dropped due to time constraints.

Other Notes:
– This was the band’s first show in Glasgow since 2001.
– Soundcheck included ‘Walking Away’. 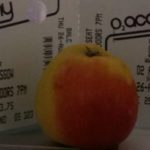