Show Notes:
– After ‘Take A Look Around’, Wes, John and DJ Lethal jammed ‘Counterfeit’ in the version that Richard Cheese has re-interpreted for his version of the song. Fred joined on vocals and sang the song until the middle of the first verse before he stopped. Then the external intro for ‘Nookie’ was started by DJ Lethal.

Other Notes:
– This show was supposed to take place at Palacio Vistalegre but has been moved to La Riviera one month before the show. 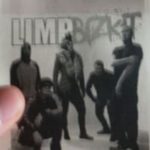 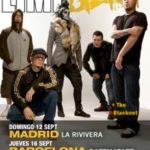