Show Notes:
– DJ Lethal played the ‘A Lesson Learned’ instrumental interlude after ‘Livin’ It Up’.
– Fred picked a fan up on stage for the ‘My Way’ after the first chorus.
– The band played ‘Sweet Child ‘O Mine’ by Guns ‘N’ Roses until the first chorus before they played ‘Hot Dog’.
– ‘Walking Away’ was on the setlist after ‘Behind Blue Eyes’ (The Who cover), but dropped and replaced with ‘It’ll Be OK’ during the show.
– Soundcheck of this show included ‘Douchebag’ in it’s demo version.

Other Notes:
– This show was announced to take place at Minsk-Arena, but has been moved to Dvorets Sporta 6 weeks before the show.
– This was the band’s first show in Belarus. 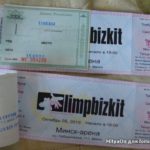 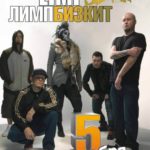 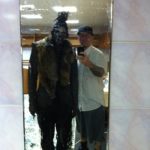