Show Notes:
– DJ Lethal played the ‘A Lesson Learned’ instrumental interlude after ‘Livin’ It Up’.
– Fred did a poll at this show. After ‘Thieves’ (Ministry cover), he asked the crowd what they wanted to hear. The choice was between ‘It’ll Be OK’ and ‘I’m Broke’. The crowd wanted ‘I’m Broke’ so Wes started playing the riff and the song was played.
– The band played ‘Sweet Child ‘O Mine’ by Guns ‘N’ Roses until the first chorus before they played ‘Hot Dog’.
– The crowd sat down during the bridge of ‘Break Stuff’, similar to how it was common for the bridge of ‘Take A Look Around’.
– DJ Lethal played ‘Brass Monkey’ by Beastie Boys over the PA before ‘Re-Arranged’. Fred rapped the first lines as well.
– Fred injured himself during ‘Walking Away’. He finished the show nevertheless but couldn’t move his neck anymore during the performance. This was the reason why the South American tour had been cancelled. He had to undergo neck and back adjustment 6 days after and the results were a protruding disk and a pinched nerve in his neck.

Other Notes:
– Sold out show. Attendance was 2000 people. 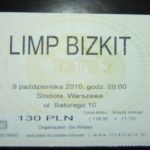 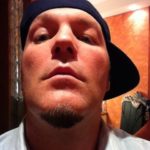