Show Notes:
– This was the first time since 2001 that the band started a show with ‘Hot Dog’ followed by ‘Show Me What You Got’.
– ‘Welcome Home (Sanitarium)’ (Metallica cover) was on the setlist but dropped during the show.
– Fred did a poll after ‘Faith’ (George Michael cover), letting the crowd decide weather ‘Pollution’ or ‘Counterfeit’ should be played. The band started ‘Pollution’ but stopped the song before verse 1 should start. The band played ‘Counterfeit’ until the second chorus instead.
– Soundcheck included ‘Welcome Home (Sanitarium)’ (Metallica cover), an improvisation of the instrumental of ‘I’m Broke’ with the vocals of ‘Bring It Back’ and Wes and John jamming ‘Holy Wars.. The Punishment Due’ by Megadeth.

Other Notes:
– This was the makeup show for the cancelled performance in the same venue on October 22nd, 2010.
– Thanks to Marcelo for the first two pictures! 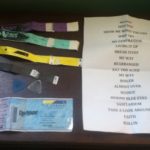 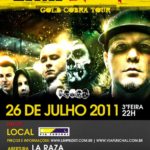 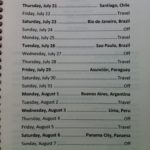