Source 1: Video – AUD (Sony HDR-XR260) (Right Angle)
Taper: psinka
Time: 98 mins
Format: .mts (1080p)
Comments: Full show. Recorded from the first row on the right side. Master files are uncirculated, only a 720/50p version has been released on YouTube and Rutracker.org a few days after.

Show Notes:
– This was the first time ‘The Truth’ has been played since the 2009.06.10 Dortmund show. The band planned to play this song at the London show but had to drop it off the setlist due to time constraints. It was also the first time ever that the band opened a show with the song!
– First time that ‘Boiler’ and ‘Shotgun’ have been played in 2012.
– ‘Behind Blue Eyes (The Who cover)’ has been interrupted towards the end due to technical difficulites. The band went to ‘Shotgun’ then.
– A breakdancer was on stage for ‘Nookie’.
– Fred brought up a fan on ‘Gold Cobra’.
– The band played a short snippet of one of the new songs the band had been playing in their public sessions on ustream in April 2012.
– This was the only time that the demo ending of ‘Bring It Back’ has been played at a show.
– ‘Shotgun’ didn’t have an extended bridge, the band went straight to Wes’ solo.
– Soundcheck included ‘Shotgun’.

Other Notes:
– Sold out show. 8500 people were in attendance. 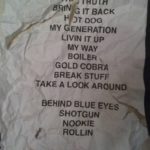 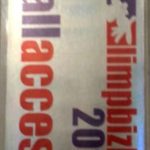