Show Notes:
– This was the first headline show in the US since the Las Vegas 18.07.2009 show. Therefore this show marks the first performances off songs of The Unquestionable Truth Part 1 and Gold Cobra albums in the USA, ever.
– First performance of ‘Hold On’ outside of rehearsals. ‘Show Me What You Got’ got played for the first time since the Panama 06.08.2011 show.
– ‘Nobody Loves Me’ and ‘Stuck’ were on the setlist but have not been played.
– The band pulled up a fan to do vocals for ‘Alive (Pearl Jam cover)’.
– This was the first time that Franko did back up vocals for the band, doing the “backup backup” part during the Rollin’ chorus.
– This was the first time since that the band played the “new” abbreviated version of ‘Re-Arranged’, playing it until the end of the bridge, then moving to ‘Killing In The Name’ by Rage Against The Machine which was covered for the first time ever by the band in it’s entirety!
– The band jammed Beastie Boys’ ‘Fight For Your Right’ before ‘Rollin’ (Air Raid Vehicle)’.
– ‘Ready To Go’ has been performed for the first time ever at this show. Two fans, one of them a fellow fan of The Armpit, joined the band for the song. Fred stopped the song before Lil Wayne’s part should start, though. After the song, one of the fans asked Fred if the band can play ‘Stuck’ but a few seconds later, the other fan suggested ‘Eat You Alive’, causing Fred to decide that ‘Eat You Alive’ wins so the band played it with the two fans staying on stage.
– ‘Behind Blue Eyes’ closed a show for the first and only time so far, too. John, Sam and Wes sat in front of John’s drumkit while Fred sang standing on the stage.

Other Notes:
– Paolo Gregoletto, bassist of the band Trivium, was a the show too! He posted a short clip of ‘Re-Arranged’ during the show. Watch the clip here.
– Sold out show. 1000 people were in attendance. 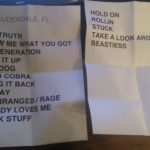 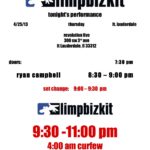 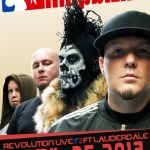 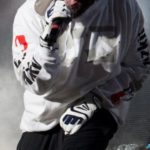 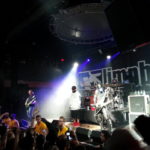 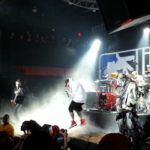 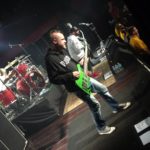 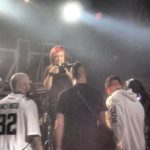 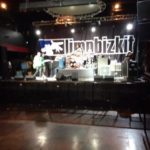 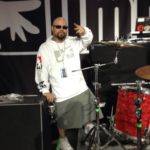