Source 1: Video – AUD (Unknown FullHD Camcorder) (Left Angle)
Taper: MRNYCRISPY
Time: ? mins
Format: .mts (1080p)
Comments: Static cam on the railing on the left side. Rarely zooms. All songs were recorded and uploaded as a compilation in wrong order on YouTube, it’s possible that the taper taped the full show.

Show Notes:
– ‘Stuck’ and ‘Counterfeit’ were not on the setlist but added during the show! ‘Stuck’ was played after ‘Faith’ (George Michael cover) and ‘Counterfeit’ was played until the second chorus.
– Since it was the birthday of Jeff Rials, light technician for the band, Fred brought him up on stage and production manager Guy Sykes brought him cake on stage and had him blow out the candles. 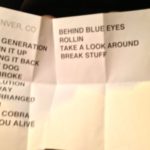 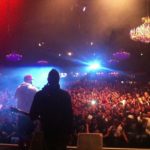 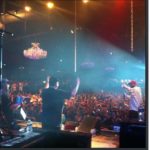