Show Notes:
– Crew member Gabe Karon’s at the time wife Theresa joined the band on stage for ‘Full Nelson’.
– The band played a covers medley after ‘Full Nelson’, including ‘Cherub Rock’ by Smashing Pumpkins, the intro of ‘Master Of Puppets’ by Metallica, the Jeremy theme song and finished with ‘Seven Nation Army’ by The White Stripes.
– First performance of ‘N 2 Gether Now’ since the 2011.07.12 Codroipo, Italy show. Ryan Campbell, the opening act, joined the band for the song to do Method Man’s parts.
– ‘Counterfeit’ has been played until the second chorus. 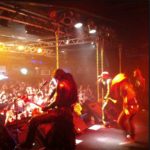 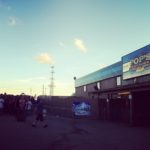