Show Notes:
– Fred went into the crowd during ‘Eat You Alive’ and ‘Nookie’.
– The band played a short Covers Medley after ‘Nookie’.
– Fred took the bra a girl handed him over and hung it over one of the cord’s on stage before ‘Faith’ (George Michael cover).
– The last chorus of ‘Behind Blue Eyes’ (The Who cover) was sung acapella by the crowd.
– ‘Pollution’ (until the first chorus), ‘Counterfeit’ (until the second chorus) and ‘Stuck’ (until the second chorus) have been played as a medley. Gabe’s wife Theresa joined the band on stage for these three songs. 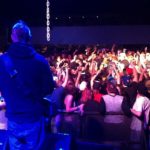 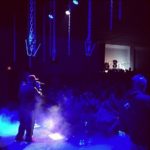