Source 1b: Video – PROSHOT (EinsPlus)
Taper: Unknown
Time: ? mins
Format: DVD M
Comments: Broadcasted on TV. ‘Livin’ It Up’ has been cut of this version due to time constraints.

Show Notes:
– The band played a covers medley between ‘My Way’ and ‘Re-Arranged’ including parts of ‘Master Of Puppets’, ‘Blackened’ and ‘And Justice For All’ by Metallica followed by ‘Holy Wars.. The Punishment Due’ by Megadeth followed by Wes playing the melody of ‘Sweet Child Oh Mine’ by Guns’N’ Roses followed by ‘Alive’ by Pearl Jam before the band ended the medley with playing ‘Smells Like Teen Spirit’ by Nirvana until the end of the first chorus.
– This was the last time that ‘Boiler’ had the E-Bow intro until it returned in 2019.

Other Notes:
– After the festival was over, many attendees reported there was literally no place at the Alternastage during Limp Bizkit and that this was one of the very rare occassions that that stage was that packed.
– Rock Am Ring sold out two months in advance. 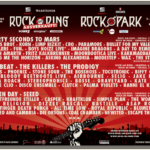 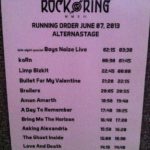 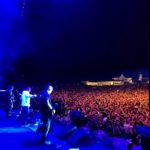