Show Notes:
– This was the first and so far only time ever that ‘Get A Life’ opened a show. It was also the only time that this song was performed in 2013.
– The band made two changes from the original setlist during the show. ‘Trust?’ was on the setlist after ‘Pollution’ but replaced with ‘Rollin’ (Air Raid Vehicle)’ and ‘Gold Cobra’ was on the setlist after ‘Eat You Alive’ but replaced with ‘Faith’ (George Michael cover).
– Fred didn’t scream the end during the bridge of ‘Don’t Go Off Wandering’.
– Somebody threw a belt on stage during the bridge of ‘Hot Dog’, causing Fred to say “if you throw something on the stage, make sure it’s a bra or panties”.
– Fred sang the second verse of ‘Sweet Child O’ Mine’ by Guns N’ Roses during the jam before ‘My Way’.
– After ‘My Way’, Wes started jamming the bridge of ‘Master Of Puppets’ by Metallica. John didn’t follow him, causing Wes to ask him “where were you on that one, John?”. After that, they jammed the intro of ‘Holy Wars.. The Punishment Due’.
– This was the first since 1999 that the band covered ‘Opiate’ by Tool live. This was the only time since then that the entire cover was played live. The song was on the setlist the following night in Den Haag, too, but dropped during the show.
– ‘Counterfeit’ was played until the second chorus.
– DJ Franko played the Skrillex remix of ‘Cinema’ by Benny Benassi over the PA after ‘Stuck’.
– Fred went into the crowd for ‘Stuck’ and ‘Eat You Alive.
– Wes jammed the first notes of ‘Almost Over’ before Fred decided to play ‘Faith’ (George Michael cover) instead and picked roughly 80 girls up on stage for the song. 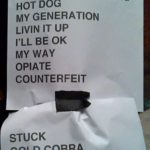 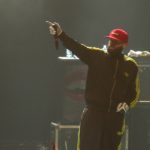 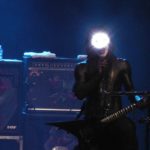 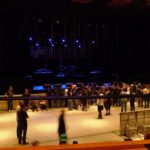