Show Notes:
– ‘Pollution’ and ‘Counterfeit’ were played as a medley and both aborted after the second chorus.
– Wes and John jammed the intro of ‘.. And Justice For All’ by Metallica before ‘Hot Dog’ and the intros of ‘War Pigs’ by Black Sabbath and ‘Alive’ by Pearl Jam before ‘I’m Broke’.
– When somebody requested ‘No Sex’ before ‘My Way’, Fred simply replied with “Yes Sex”.
– Wes threw some guitar plectrums at Fred for fun before starting ‘Re-Arranged’.
– Somebody in the front row requested ‘Stuck’ before ‘Take A Look Around’, causing Wes to jam the verse and Sam to start the intro and stopping right after.
– Second performance of ‘Sour’ this year and most likely the first performance of the song in Europe ever! 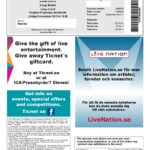 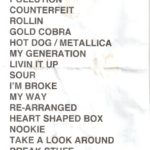 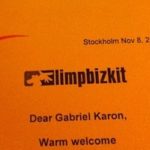 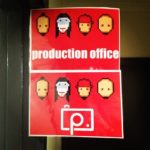 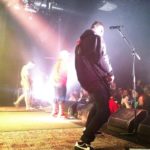 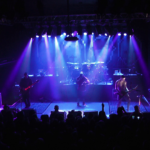 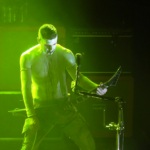 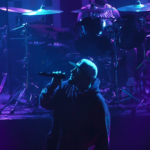