Show Notes:
– Wes, Sam and John played the intro of ‘Creeping Death’ by Metallica after the second chorus of ‘Hot Dog’ before continuing the song.
– The band played a short Covers Medley consisting of ‘Welcome Of The Jungle’ by Guns ‘N’ Roses and ‘Smells Like Teen Spirit’ by Nirvana before the band played ‘Heart-Shaped Box’ by Nirvana, which was played until the second chorus.

Other Notes:
– Sam and John have been invited to a garage jam session with fans after the show. Both jammed a few songs with the fans on a drum kit and bass set up by the fans including ‘Behind Blue Eyes’ (The Who cover) with John on drums. Check out videos here, here and here!
– Fans waited outside at the hotel where the band stayed in to meet the band the morning after the show. 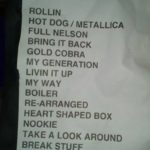 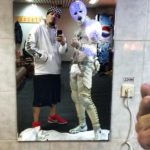 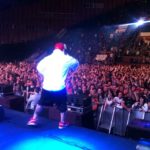 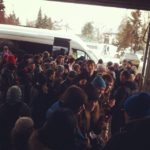