Show Notes:
– ‘Counterfeit’ was played until the second chorus and went straight into ‘Show Me What You Got’.
– Wes, Sam and John played the intro of ‘Creeping Death’ by Metallica after the second chorus of ‘Hot Dog’ before continuing the song.
– The band played a Covers Medley after ‘My Way’, starting with Wes and and John playing the bridge and intro of ‘Master Of Puppets’ by Metallica followed by the band playing ‘Welcome To The Jungle’ by Guns’N’Roses until the first chorus.
– This was the first and so far only time that the band covered ‘Come As You Are’ by Nirvana.
– The band played ‘Smells Like Teen Spirit’ by Nirvana until the first chorus after the band played ‘Heart-Shaped Box’ by Nirvana, which was played until the second chorus.
– ‘Eat You Alive’ was not on the setlist but added during the show. 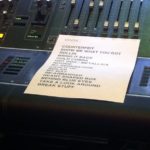 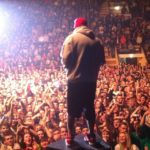