Show Notes:
– ‘Thieves’ (Ministry cover) was not on the setlist, but played after somebody in the crowd requested it. The short version was played.
– After ‘Thieves’ (Ministry cover), the band played a Nirvana Medley, including ‘Heart-Shaped Box’ and ‘Smells Like Teen Spirit’ until the first chorus. After that, Wes and John jammed the intro of ‘In The Meantime’ by Helmet before Wes started ‘Eat You Alive’.

Other Notes:
– Sold out show. 1000 people were in attendance.
– Soundcheck for this show was ‘Gold Cobra’, ‘Bring It Back’ and the Intro of ‘Alive’ by Pearl Jam.
– Terufumi Tamano, keyboardist of Crossfaith, crowdsurfed during the end of ‘Faith’ (George Michael cover). 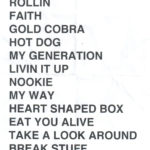 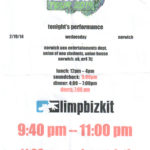 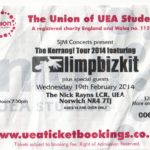