Show Notes:
– This was the first time ever that the band covered Ministry’s ‘So What’. Fred labeled it as a song off ‘Stampede Of The Disco Elephants’ during the intro of ‘It’ll Be OK’ which followed after the song.
– First of three performances of ‘Don’t Go Off Wandering’ in 2014.
– ‘The Propaganda’ was on the setlist but dropped during the show.
– ‘Behind Blue Eyes’ (The Who cover) was also on the setlist being played as a mashup with ‘Re-Arranged’ but ended up dropped and ‘Re-Arranged’ played.
– The cover’s jam after ‘My Way’ included ‘..And Justice For All’ and Master Of Puppets by Metallica and ‘Welcome To The Jungle’ by Guns ‘N’ Roses. Then Fred asked the crowd for requests resulting in Wes jamming Heart-Shaped Box (Nirvana cover) followed by ‘Pollution’ which got stopped right after the kick in.
– ‘Killing In The Name’ (Rage Against The Machine cover) was aborted after the second chorus. 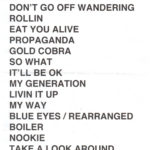 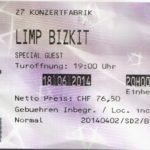 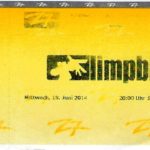 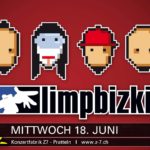