Source 1: Video – AUD (Panasonic HC-V700) (Right Angle)
Taper: nowfacethetruth
Time: 97 mins
Format: BluRay
Comments: Very hard show to film with many people moving next to me and security near me too, but it is a solid tape.

Show Notes:
– This was the first headline show in Germany since 2012.
– Fred brought up a fan called Daniel up on stage to play ‘Hot Dog’ on guitar with the band.
– ‘Counterfeit’, ‘Pollution’ and the Nirvana medley consisting of ‘Heart-Shaped-Box’ and ‘Smells Like Teen Spirit’ were all played until the first chorus and faded into each other, making it a medley, then ‘Smells Like Teen Spirit’ went into ‘Take A Look Around’ straight.
– Fred brought up a girl who watched the show from sidestage on stage before ‘Behind Blue Eyes’. She was quite drunk and showed her boobs to the audience. 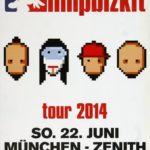 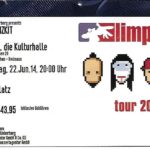 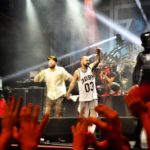