Show Notes:
– ‘Boiler’ was on the setlist but dropped during the show. Instead, the band played ‘Pollution’, ‘Counterfeit’ (both aborted after the first chorus) and ‘I’m Broke’ after fans in the first row shouted for ‘Pollution’ and ‘Counterfeit’.
– This was the second of two ever performances of ‘Bring The Noise’ (Public Enemy cover). Scott Ian, Frank Bello and Joey Belladonna from Anthrax joined them for the song. The song was played until the second chorus.
– Rain poured down during the entire Anthrax set but stopped when Limp Bizkit were just about to hit the stage. 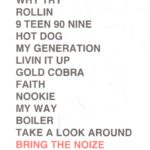 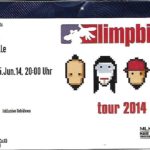 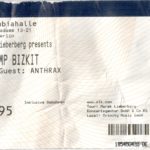 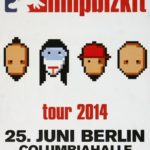 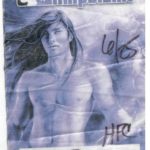 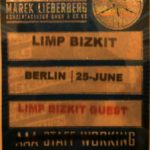 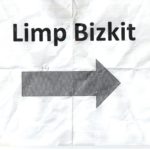 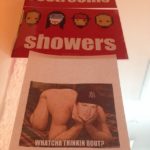 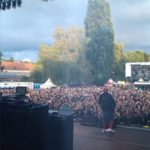