Show Notes:
– DJ Franko played his remix of ‘Back Porch’ before ‘Hot Dog’.
– The band jammed the intro of ‘Master Of Puppets’ by Metallica after the second chorus of ‘Hot Dog’ before continuing the song.
– Wes and John jammed the bridge of ‘Master Of Puppets’ and ‘Welcome Home (Sanitarium)’ by Metallica before ‘Break Stuff’.
– Wes, John and Sam jammed a Covers Medley after ‘My Way’, consisting of ‘All Apologies’ by Nirvana, ‘Beat It’ by Michael Jackson, ‘Ain’t Talkin’ About Love’ by Van Halen, ‘Cowboys From Hell’ by Pantera, ‘Raining Blood’ by Slayer, ‘Holy Wars.. The Punishment Due’ by Megadeth and ‘Wipe Out’ by The Surfaris!
– ‘Gold Cobra’ was stopped and restarted due to Wes’s guitar malfunctioning. When Wes got his guitar working again and told John to restart the song, he tricked him and played the Intro of ‘Sweet Child ‘O Mine’ by Guns ‘N’ Roses the first time instead. After that, ‘Gold Cobra’ was properly restarted and played.

Other Notes:
– This was the first show in Slovakia since 2009 and the first headline show there, too.
– Soundcheck for this show was ‘Livin’ It Up’ (until the first chorus), ‘Bring It Back’ and ‘Eat You Alive’ (until beginning of first verse). 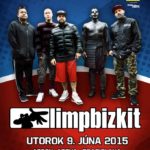 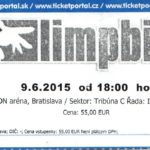