Show Notes:
– The band jammed the intro of ‘Master Of Puppets’ by Metallica after the second chorus of ‘Hot Dog’ before continuing the song.
– During ‘Break Stuff’, Wes stage dived with his guitar, right before the bridge started.

Other Notes:
– This show was supposed to take place at Ippodromo Le Mulina, but has been moved to OBIHall due to low ticket sales. 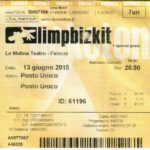 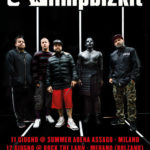