Show Notes:
– The band jammed the intro of ‘Master Of Puppets’ by Metallica after the second chorus of ‘Hot Dog’ before continuing the song.
– During ‘Break Stuff’, Wes stage dived with his guitar, right before the bridge started. After he got back on stage, he gave his guitar to his guitar tech Kadaver and stage dived back in twice.
– Fred greeted the crowd and asked them how they are doing in french before starting the first verse of ‘Full Nelson’.
– ‘Rollin’ (Air Raid Vehicle)’ was on the setlist but dropped due to strict curew. This was the first time since the 2013.06.21 Milano show that ‘Rollin’ (Air Raid Vehicle) has not been played at a show.

Other Notes:
– Sold out show. Attendance for this show was 1500 people. 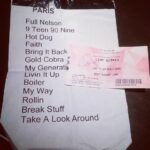 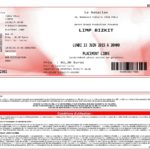 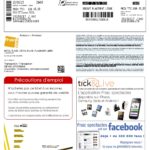 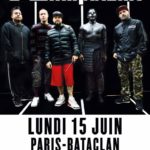 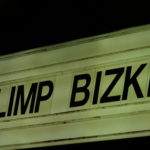