Show Notes:
– Fred didn’t start with verse 1 of ‘9 Teen 90 Nine’ straight, but talked to the crowd and told them to wake up before.
– The band jammed the intro of ‘Master Of Puppets’ by Metallica after the second chorus of ‘Hot Dog’ before continuing the song. Following that, Fred stated that the band plays live and doesn’t use backing tracks. To proof this, he had the rest of the band stop playing the bridge for a few seconds twice before he continued the song.
– Fred went into the crowd during the bridge of ‘Break Stuff’.
– ‘Gold Cobra’ had a false start on purpose, with Wes not playing his part first, then jamming the intro of ‘Wasted Years’ by Iron Maiden before the song was finally played.
– During the bridge of ‘Gold Cobra’, Fred asked the crowd who actually speaks french, then started singing the first lines of the french national anthem for fun before he continued singing the song.
– Wes, Sam and John played a Covers Medley after ‘Gold Cobra’, jamming parts of ‘One’, ‘Seek & Destroy’, ‘Welcome Home (Sanitarium)’, ‘Enter Sandman’, ‘Creeping Death’ (all by Metallica), the band’s instrumental version of ‘Wicked’ (Ice Cube cover) and finished with ‘Smells Like Teen Spirit’ by Nirvana until the first chorus.
– Wes and his guitar tech Kadaver invited people on their side of the stage at various points during the show. First after ‘Gold Cobra’, then during the bridge of ‘Livin’ It Up’, then again after the first chorus of ‘My Way’. Finally, after ‘My Way’ and ‘Rollin’ (Air Raid Vehicle)’, they pulled up a dozen more attendees and let some of them watch the show on stage while seated. Wes also took pictures on stage with most of them after the show.
– Fred had Sam Rivers’ girlfriend Kayla Paige introduce Wes Borland during the intro of ‘Livin’ It Up’.
– Fred took the smartphone of somebody in the front row during the second verse of ‘Livin’ It Up’ and filmed a bit on stage before giving it back.
– Fred asked the crowd what they wanted to hear after ‘Livin’ It Up’. Fans in the first row shouted for ‘Pollution’ so Wes started playing the Intro Riff. When the rest of the crowd did not react at all, Fred commented towards him “That’s the weakest responose of all time, they didn’t even know what you were playing”. Wes still kept going and the song was played until the first chorus started but Fred told them to stop. Wes started ‘Counterfeit’ but stopped after a few seconds. Wes then started ‘It’ll Be OK’. This show marked the first performance of the song in 2015.
– Fred asked FOH engineer George if he was allright after ‘It’ll Be OK’ and told the crowd to get him some whiskey while DJ Franko played the Party Up by DMX interlude. After that, Fred and also Wes both talked to George before ‘My Way’ was played.
– Fred went into the soundboard after ‘My Way’ and walked through the crowd from there during ‘Rollin’ (Air Raid Vehicle)’ before he walked back on stage.
– Wes played an extended intro before ‘Rollin’ (Air Raid Vehicle)’.
– ‘Killing In The Name’ (Rage Against The Machine cover) was not on the setlist but tacked to ‘Re-Arranged’ (played until the bridge) as usual.
– Wes’s guitar had issues during the second verse of ‘Take A Look Around’.
– Soundcheck of this show was ‘Bring It Back’ and a part of ‘Hot Dog’.

Other Notes:
– This show sold out three days after presale started. Attendance for this show was 900 people, making it the third smallest headline show the band has ever played Europe, after 2013.11.09 Stockholm, Sweden with 800 people in attendance and 2014.07.01 Lausanne, Switzerland with 700 people in attendance.
– The band was negotiating with this venue to play there in 2014 already, but the band decided to play a show in Arnhem, Netherlands instead. 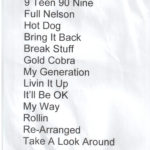 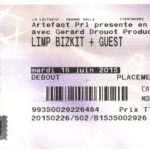 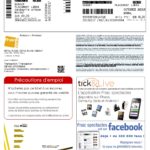 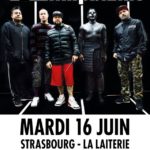 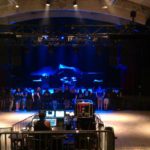