Show Notes:
– This was the first show with Samuel G. Mpungu on bass, who replaced Sam Rivers until 2017 and then again from August 2018 onwards for the remainder of that year. The story about him is that he and Wes met at the german TV show “Die Band”, where Sam was a contestant for bass playing and Wes participating as teacher for the guitar players. After the Budapest show, the band’s management called him and he said yes, learning the songs that got played at this show in less than 48 hours.
– Wes and John played a short Covers Medley after ‘Nookie’, with Wes playing the riff of ‘Ain’t Talkin’ About Love’ by Van Halen followed by him and John jamming the bridge of ‘Master Of Puppets’ by Metallica. 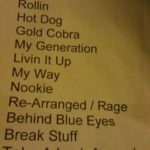 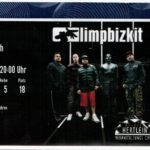 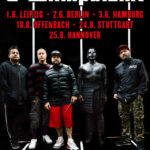