Show Notes:
– This was the first time since 2012 that ‘Walking Away’ has been performed, but it was the first time that the slower version has been performed. The slower version has John not joining on drums until the first chorus of the song. It was also the first time that Wes didn’t use his barritone guitar for the song, but his common C# guitar instead.
– The band jammed the intro of ‘Master Of Puppets’ by Metallica after the second chorus of ‘Hot Dog’ before continuing the song.
– Fred took a GoPro from an attendee during the bridge of ‘Livin’ It Up’ and filmed on stage until the last chorus of the song.
– Soundcheck included the band jamming P.O.D.’s ‘Boom’, ‘Walking Away’ and ‘The Truth’.

Other Notes:
– One of Wes’ Jackson King V guitars got stolen at load out after the show, but was retrieved three days after the show. See screenshots of his posts on Instagram below. 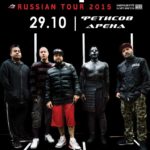 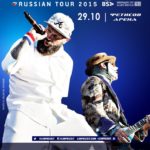 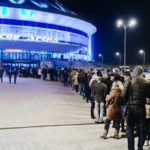 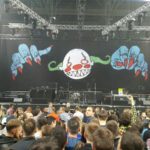