Show Notes:
– Due to close to zero reaction during the Intro of ‘Hot Dog’, Wes started playing the riff of ‘Thieves’ (Ministry cover) and the short version was played.
– The band played the Nirvana medley consisting of ‘Heart-Shaped Box’ and ‘Smells Like Teen Spirit’ until the first chorus.
– First time that the extended intro of ‘Boiler’ was played in the middle of the set.
– ‘Eat You Alive’ has been added during the show but cut during the bridge.
– This was the last time ever that the band used ‘Stayin’ Alive’ by Bee Gees their outro song.

Other Notes:
– This was the first time that the band played at Taubertal Festival. 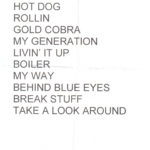 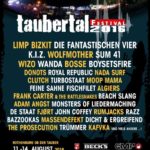 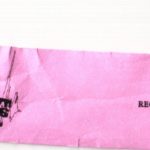