Source 2: Video – AUD (Panasonic DMC-TZ100) (Right Angle)
Location: Balcony on the right side, approx. 12m from the stage
Taper: nowfacethetruth
Time: 95 mins
Format: BluRay (4K)
Comments: Not good filming due to people going and standing in the walkway of the balcony all the time and security had to escort them off there all the time.

Show Notes:
– The band debuted a brand new bridge for ‘Hot Dog’ at this show, playing Metallica’s ‘Sad But True’ until the first chorus before going back into the bridge of ‘Hot Dog’.
– This was the first time since 2013.06.12 Groningen, Netherlands that ‘Get A Life’ was played. The song was played until the bridge and went straight into ‘Bring It Back’.
– Fred didn’t do vocals during the last chorus of ‘Walking Away’ due to getting sick.
– The band didn’t do the Blvck Ceiling Intro for ‘Boiler’ at this show, instead Wes played his guitar intro without the E-bow.
– ‘Faith’ (George Michael cover) was not on the setlist but added during the show.
– Wes played ‘Stuck’ during soundcheck.

Other Notes:
– The show was sold out one month in advance. 7500 people were in attendance. 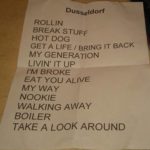 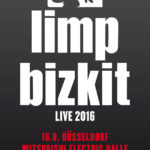 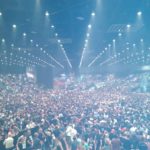 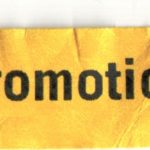 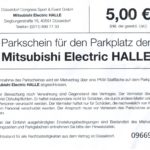