Show Notes:
– The band had to fight with rain storms at this show. After ‘Eat You Alive’, Wes’s rig had to be moved back and the show was stopped. Fred did not want to leave the stage and let Franko play music over the PA including ‘It’s Tricky’ by Run DMC, for which Fred got a young girl up on stage to let her dance to. Since only the guitar got a malfunction due to the storm, Fred decided to play ‘Behind Blue Eyes’ (The Who cover) after.
– Less Than Human joined the band for ‘Faith’ (George Michael cover).
– John and Wes jammed ‘Armpit’ before ‘Eat You Alive’.
– ‘Killing In The Name’ (Rage Against The Machine cover) had to be restarted due to Wes’s guitar still malfunctioning.
– Wes played the intro of ‘Take A Look Around’ after ‘Break Stuff’, but the band had to get off the stage due to running past curfew. This was also the reason why ‘My Generation’ and ‘Livin’ It Up’ were not played.
– Wes debuted brand new stage clothing at this show, wearing a black suit and painting his face black, similar to how he did in 2001.

Other Notes:
– This was a show for free sponsored by the city of Hammond, Indiana, whose mayor Thomas McDermott invited the band to play.
– The band headlined night 3 of 4. 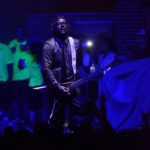 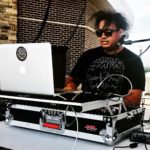