Show Notes:
– This was the first time since 2015.11.01 Moscow, Russia that ‘It’ll Be OK’ was played. It was the only live performance of the song in 2018.
– It was also the first time since 2016.12.16 London, England that ‘Full Nelson’ was played and the first time since 2015.06.15 Paris, France that the song opened a show.
– Wes played the bridge of ‘Master Of Puppets’ by Metallica before starting ‘Hot Dog’.
– First performance of ‘Bring It Back’ in 2018.
– Fred pulled up a fan on stage for ‘My Way’.
– Fred went into the crowd twice times at this show. First, he went there to the crowd for ‘Eat You Alive’ until the bridge, then went to the balcony during the bridge and finished the song from there. He went there again during the bridge of ‘Livin’ It Up’ and finished the song from there, too.
– Fred pulled girls up on stage for ‘Faith’ (George Michael cover).
– The band played ‘Smells Like Teen Spirit’ by Nirvana until the first chorus before Wes started playing the intro of ‘Take A Look Around’.
– ‘Boiler’ was on the setlist before ‘My Way’, but dropped during the show.
– Franko injured himself at this show while jumping, but it is unknown when exactly it happened.

Other Notes:
– Show attendance was 4861 of 5411 possible. Gross sales for this show were 326.124$.
– Joel Madden and Benji Madden from Good Charlotte were in attendance and watched the show from sidestage. 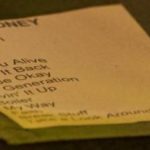 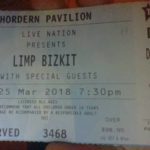 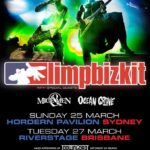 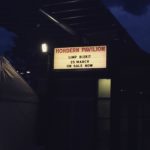