Show Notes:
– ‘Walking Away’ was played in it’s mellow version.
– Wes and John jammed the intros of ‘Creeping Death’ by Metallica and the ‘Wicked’ (Ice Cube cover) instrumental after ‘Walking Away’.
– DJ Lethal played a medley including ‘Jump Around’ by House Of Pain, ‘Seven Nation Army’ by The White Stripes and ‘Walk’ by Pantera. Wes stopped him by playing the intro riff himself. Following that, he and John jammed the intro of ‘Walk’ by Pantera before they went into the intro of ‘Cowboys From Hell’ by Pantera.
– The band played ‘Smells Like Teen Spirit’ by Nirvana until the first chorus before going into ‘Break Stuff’.
– Wes stagedived during the bridge of ‘Break Stuff’.
– ‘Counterfeit’ was on the setlist to be played before ‘Take A Look Around’, but replaced with ‘Nookie’ (played until the second chorus) going into ‘Full Nelson’ during the show following many chants for ‘Nookie’ throughout the show.
– A fan joined on vocals for ‘Nookie’ and a female fan joined the band for ‘Full Nelson’ for the second chorus onwards. She stagedived into the crowd after the song.
– Soundcheck was ‘Bring It Back’, ‘Walking Away’, ‘Endless Slaughter’ part 1 going into ‘Hot Dog’, ‘It’ll Be OK’ twice, ‘N 2 Gether Now’ until the first chorus and an improvisation.

Other Notes:
– DJ SueSide spinned tunes from shortly after doors to 20 minutes before show time. 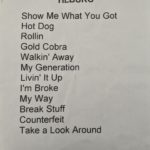 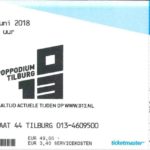 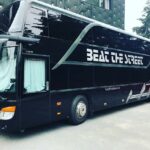