Show Notes:
– The band plagued a very tight 10 pm curfew at this show. This resulted in the band not playing more than one hour. The crowd booed and asked for an encore after ‘Take A Look Around’, that’s why Fred, Wes and Franko came out 10 minutes after they went off stage and Wes sprayed people in the front row with champagne and handed out a acoustic guitar while Fred threw a red cap into the crowd. Fred then told the crowd that strict curfew prevented them from playing longer. After that, the crowd started singing the chorus of ‘Behind Blue Eyes’ (The Who cover).
– Wes played the riff of ‘Seven Nation Army’ by The White Stripes before ‘Rollin’ (Air Raid Vehicle)’ while Fred rapped three lines off the first verse of ‘Pollution’ over it.
– ‘Thieves’ (Ministry cover) short version was not on the setlist but played to get the crowd going.
– DJ Lethal played ‘Jump Around’ by House Of Pain over the PA after ‘Livin’ It Up’.
– ‘Boiler’ was on the setlist after ‘My Way’, but dropped during the show, most likely due to the strict curfew.
– The band played ‘Smells Like Teen Spirit’ by Nirvana until the first chorus before going into ‘Break Stuff’.

Other Notes:
– 3600 of almost 5000 possible tickets were sold for this show.
– The day after the show, the promoter posted an statement on their Facebook page explaining everything from their point of view and passed the fault to the bands’s management for insisting on playing on 9 pm. However, the 10 pm curfew was announced many months before the show. 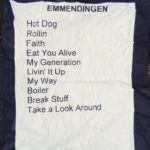 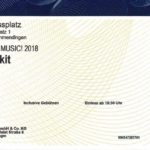 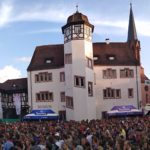 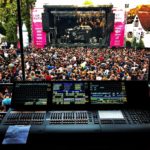