Show Notes:
– Fred pulled up an attendee in a wheelchair who was crowdsurfing on stage during the bridge of ‘My Generation’.
– DJ Lethal played a part of ‘Song 2’ by Blur before ‘My Generation’ and later played ‘Jump Around’ by House Of Pain and ‘Walk’ by Pantera over the PA after ‘Livin’ It Up’. After that the band played a short covers medley, with Wes and John playing the intro of ‘Holy Wars… The Punishment Due’ by Megadeth before the band played ‘Smells Like Teen Spirit’ by Nirvana until the first chorus.
– ‘Nookie’ was played until the second chorus and went into ‘Full Nelson’. 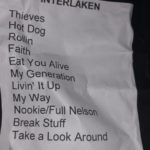 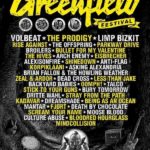 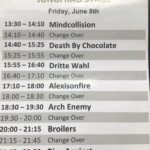