Show Notes:
– DJ Lethal played ‘Seven Nation Army’ by The White Stripes (before ‘My Generation’), ‘Jump Around’ by House Of Pain (after ‘Livin’ It Up’) and a short snippet of ‘Song 2’ by Blur (before ‘Take A Look Around’) over the PA.
– ‘Gold Cobra’ was on the setlist after ‘Faith’ (George Michael cover), but dropped during the show.
– After ‘Eat You Alive’, Wes and John jammed the bridge of ‘Master Of Puppets’ by Metallica followed by the intro of ‘.. And Justice For All’ by Metallica. Then, Wes started ‘Smells Like Teen Spirit’ (Nirvana cover), which was played until the first chorus.
– ‘Re-Arranged’ was played until the bridge and went into ‘Killing In The Name’ (Rage Against The Machine cover).
– Fred pulled a girl up on stage during the bridge of ‘Nookie’ to let her do vocals from the bridge onwards.
– Fred sang the chorus of ‘Du Hast’ by Rammstein acapella before ‘Take A Look Around’.

Other Notes:
– The band headlined day 2 of 2. This was the second time that the band played this festival after 2015, but it was the first time that the band headlined it.
– Die Toten Hosen were supposed to headline this day, but had to cancel two days prior due to vocalist Campino suffering sudden hearing loss. The festival decided to let Limp Bizkit headline instead.
– Thanks to Ludwig for the setlist and live updates during the show. 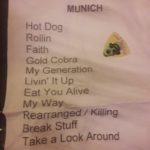 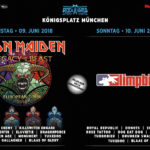 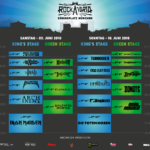 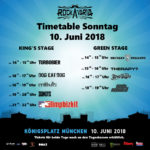 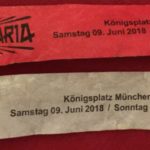 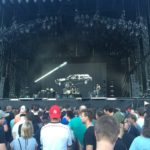