Source 2: Video – AUD (Panasonic DMC-TZ200) (Right Angle)
Location: Upper balcony on the right side
Taper: nowfacethetruth
Time: 98 mins
Format: BluRay (4K)
Comments: Taper stopped recording after Take A Look Around and resumed during the intro of Behind Blue Eyes (The Who cover).

Show Notes:
– Wes played the intro riff of ‘Hot Dog’ before he started ‘Show Me What You Got’.
– Samuel G. Mpungu joined the band to play ‘Gold Cobra’ on bass instead of Tsuzumi Okai. The story behind this is him visiting the band prior to the show since Berlin is his hometown.
– After ‘My Way’, Wes, Tsuzumi and John played a covers medley, starting with the intro of ‘South Of Heaven’ by Slayer, continuing with the intro of ‘Holy Wars… The Punishment Due’ by Megadeth and finished with ‘Cowboys From Hell’ by Pantera. ‘Smells Like Teen Spirit’ (Nirvana cover) was played until the first chorus afterwards before the band played ‘My Way’.
– Wes stagedived and crowdsurfed during the bridge of ‘Break Stuff’.
– The show was supposed to end after ‘Take A Look Around’, but the band decided to play an impromptu encore. This was the first time since 2015.11.27 St. Petersburg, Russia that a show included an encore.
– ‘Behind Blue Eyes’ (The Who cover) was played shortened (verse 1 -> chorus 1 -> verse 2 -> final chorus).
– ‘Nookie’ was played until the beginning of the bridge and went into ‘Full Nelson’.
– ‘Full Nelson’ closed a show for the first time since 2009.08.11 Tokyo, Japan.
– Soundcheck was ‘Hot Dog’, ‘Gold Cobra’ and ‘My Way’.

Other Notes:
– More than 8000 tickets were sold for this show. 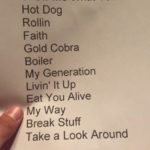 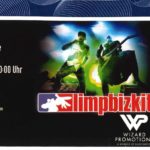 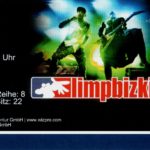