Show Notes:
– Fred dedicated ‘Killing In The Name’ (Rage Against The Machine cover) to Vincent Price, bassist of Body Count.
– ‘Nookie’ was played until the beginning of the bridge and went into ‘Full Nelson’.
– A fan joined on vocals for ‘Full Nelson’.
– Despite given a 70 minute slot, the band played slightly more than 60 minutes.

Other Notes:
– Members of Lionheart, Stick To Your Guns and Body Count (who played earlier in the day) and Billy Morrison from Billy Idol watched the show from sidestage. 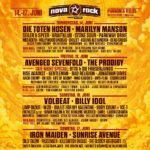 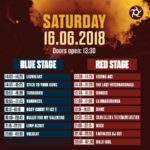