Show Notes:
– ‘Gold Cobra’ was not on the setlist, but Wes decided to pull up two fans called Michael and Daniel (who played ‘Hot Dog’ with the band in München 2014.06.22) on stage after ‘Killing In The Name’ (Rage Against The Machine cover) and have them contest each other on playing the song. Both takes were stopped after the first chorus. After that, Fred let Wes be the judge who performed superior and he decided that Daniel was superior.
– ‘Nookie’ was played until the second chorus. After that, ‘Behind Blue Eyes’ (The Who cover), which was not on the setlist, was played until the second chorus.
– Soundcheck was ‘Heart-Shaped Box’ by Nirvana until the first chorus, ‘Clunk’ until the first chorus, a short jam of ‘Nobody Loves Me’, ‘Armpit’ until the first chorus, ‘Livin’ It Up’, a short jam of an unknown cover, the bridge of ‘Master Of Puppets’ by Metallica and the beats of ‘Nookie’.

Other Notes:
– This was the bands’ first performance in Mannheim since 2011 when they played at SAP Arena.
– This show was billed as part of “3. Zeltfestival Rhein-Neckar”. It was the first time in it’s history that a show there was sold out, 3 months prior to the show. 4000 people were in attendance.
– Samuel G. Mpungu was in attendance and watched the show from sidestage. 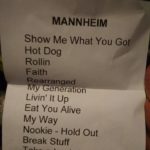 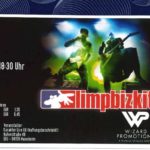 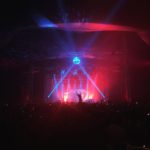