Show Notes:
– ‘Nookie’ was played until the second chorus and went into ‘Full Nelson’.
– Fred sang and let the crowd sing a part of ‘Du Hast’ by Rammstein during the bridge of ‘My Generation’ and after the song.
– ‘Behind Blue Eyes’ (The Who cover) was played until the second chorus, when Wes decided to pull up a fan on stage to play ‘My Way’ on guitar. ‘My Way’ was played with the fan on guitar and Wes doing vocals. This was the first time since 2016.05.23 Buenos Aires, Argentina that ‘My Way’ was played like this.
– The band played a covers medley after ‘Boiler’, starting with the bridge of ‘Master Of Puppets’ by Metallica followed by the intros of ‘Holy Wars… The Punishment Due’ by Pantera and ‘Cowboys From Hell’ by Pantera. After that, the band played ‘Smells Like Teen Spirit’ and ‘Heart-Shaped Box’ by Nirvana until the first chorus each. After that, ‘Killing In The Name’ (Rage Against The Machine cover), which was not on the setlist, was played.
– Wes went into the crowd during the bridge of ‘Break Stuff’.
– Soundcheck was ‘Sour’, then ‘Pollution’, ‘Counterfeit’ and ‘Stuck’ played as a medley, until the first chorus each, followed by ‘Stalemate’ until the first chorus.

Other Notes:
– This was the biggest headline show since 2011 with almost 10000 people in attendance.
– This was also the first time since 2009 that the band played in Dortmund, when they played the Westfalenhalle 2 with a capacity of up to 3000 people. 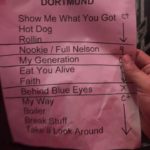 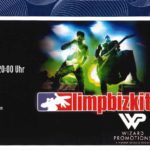 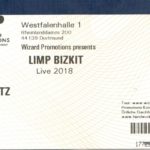