Show Notes:
– ‘Thieves’ (Ministry cover) was not on the setlist but played in it’s short version after ‘Show Me What You Got’ due to weak crowd at that point.
– ‘Nookie’ was played until the second chorus and went into ‘Full Nelson’.
– ‘Behind Blue Eyes’ (The Who cover) was played until the second chorus.
– The band played a covers medley after ‘Boiler’, starting with the bridge of ‘Master Of Puppets’ by Metallica followed by the intros of ‘Holy Wars… The Punishment Due’ by Pantera and ‘Cowboys From Hell’ by Pantera. After that, the band played ‘Smells Like Teen Spirit’ and ‘Heart-Shaped Box’ by Nirvana until the first chorus each. After that, the band jammed the intro of ‘Wipe Out’ by Surfaris in an extended version with Fred animating the crowd to participate by crowdsurfing.
– Wes went into the crowd during the bridge of ‘Break Stuff’.
– Soundcheck was the instrumental of ‘Bombtrack’ by Rage Against The Machine until the first chorus, ‘Walking Away’, ‘Endless Slaughter’ Part 1, the extended ‘Wipe Out’ by Surfaris intro, an improvisation, the first verse of ‘Hot Dog’ and ‘Livin’ It Up’ until the first chorus.

Other Notes:
– This was the bands’ first show in Luxembourg since 2003.
– This show was almost sold out. Roughly 6400 people were in attendance. 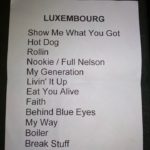 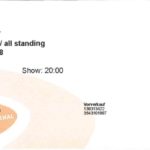 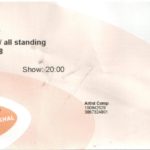 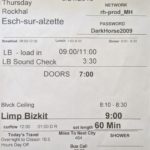 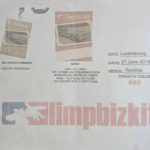 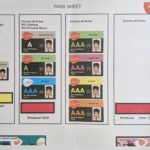