Show Notes:
– ‘Hot Dog’ was supposed to open the and Wes even started playing the intro riff multiple times already, but Fred told Wes to start playing ‘Thieves’ (Ministry cover) instead due to crowd not reacting. The short version was played before ‘Hot Dog’ was restarted.
– The band played a short Covers Medley after ‘Livin’ It Up’, starting with the bridge of ‘Master Of Puppets’ by Metallica, followed by the intro of ‘Holy Wars… The Punishment Due’. After that, DJ Lethal played ‘Walk’ by Pantera over the PA before the band jammed the intro of ‘Wipe Out’ by Surfaris in an extended version.
– Fred dedicated ‘Killing In The Name’ (Rage Against The Machine cover) to Tim Commerford, bassist of Rage Against The Machine and Prophets Of Rage.
– Wes crowdsurfed during the bridge of ‘Break Stuff’.
– Sen Dog from Cypress Hill and Powerflo (who played on the other main stage earlier) joined the band for ‘Break Stuff’ from the bridge onwards. Afterwards, when DJ Lethal played ‘Insane In The Brain’ by Cypress Hill over the PA, he came back and rapped a couple lines.
– During the bridge of ‘Take A Look Around’, Fred pulled up a girl on a wheelchair on stage after she crowdsurfed during the song. He let her watch the rest of the show from the center spot on stage.

Other Notes:
– Graspop Metal Meeting sold out 2 weeks prior. 50000 people were in attendance. 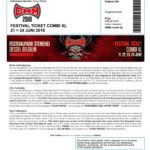 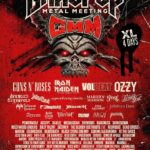