Show Notes:
– ‘Rollin’ (Air Raid Vehicle) opened a show for the first and only time this tour and didn’t have the last chorus for unknown reasons.
– After ‘Faith’ (George Michael cover), the band played a Covers Medley including the bridge of ‘Master Of Puppets’ by Metallica, followed by the intros of ‘Wasted Years’ by Iron Maiden and ‘South Of Heaven’ by Slayer before Wes started playing the bridge riff of ‘Angel Of Death’ by Slayer, causing Fred and John to join on vocals to rap half of the first verse of ‘Wicked’ by Ice Cube over it. After that, the band played ‘Heart-Shaped Box’ by Nirvana until the first chorus before the band continued with ‘My Generation’.
– Fred went into the crowd during the bridge of ‘My Generation’ and stayed there until the end of the song.
– ‘Nookie’ was played until the second chorus.
– Fred adressed Tim Commerford telling him to stop playing ‘Killing In The Name’ (Rage Against The Machine cover) at this show, saying “there’s this one person and he said “I did not want that guy to do my song and I’m like fuck you I won’t do what you tell me”.
– Wes went into the crowd during the bridge of ‘Break Stuff’ and stayed there until the end of the song. Afterwards, he crowdsurfed back to the stage.

Other Notes:
– Despite being scheduled to play 75 minutes, the band didn’t play for slightly more than one hour. 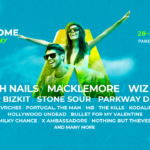 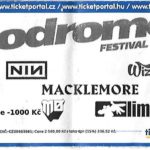 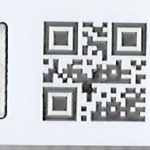