Show Notes:
– This was the first time since 2017.08.12 Astana, Kazachstan that Samuel G. Mpungu filled in for bass.
– ‘Hot Dog’ was supposed to open the show and even started, but Fred stopped Wes when the first verse was supposed to start and told him to start playing ‘Thieves’ (Ministry cover) instead. The short version was played.
– The band played a Covers Medley after ‘Rollin’ (Air Raid Vehicle)’, starting with the bridge of ‘Master Of Puppets’ by Metallica followed by the intro of ‘Master Of Puppets’ by Metallica followed by the intro of ‘South Of Heaven’ by Slayer followed by the intro of ‘Cowboys From Hell’ by Pantera.
– DJ Lethal played ‘Jump Around’ by House Of Pain and ‘Walk’ by Pantera over the PA after ‘Livin’ It Up’.
– When Fred went into the crowd during the bridge of ‘Livin’ It Up’, someone from the crowd threw a plastic duck towards him, causing him to throw it elsewhere. When it kept coming back during the end of the song, he decided to take it on stage and perform most of ‘My Way’ while sitting on it.
– ‘Smells Like Teen Spirit’ (Nirvana cover) was not on the setlist but played until the first chorus. After that, the band jammed the intro of ‘Welcome To The Jungle’ by Guns N’ Roses before playing ‘Killing In The Name’ (Rage Against The Machine cover).
– Before ‘Behind Blue Eyes’ (The Who cover), Fred threw his malfunctioning microphone into the pit.
– ‘Behind Blue Eyes’ (The Who cover) was played until the second chorus.
– Wes went into the pit during ‘Break Stuff’ and stayed there until the end of the song while Fred stayed in the front of the crowd. 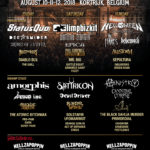 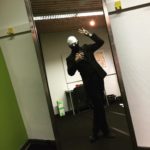 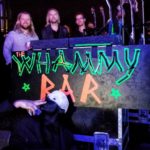