Show Notes:
– This was the only time on this tour that ‘Livin’ It Up’ was not played.
– ‘Thieves’ (Ministry cover) was not on the setlist, but spontaneously played in it’s short version to get the crowd going.
– After ‘My Way’, the band played a short Covers Medley including ‘Smells Like Teen Spirit’ by Nirvana until the first chorus, followed by intro teases of ‘Sweet Child O’ Mine’ and ‘Welcome To The Jungle’ by Guns N’ Roses.
– ‘Nookie’ was played until the second chorus.
– During the bridge of ‘Break Stuff’, the ceiling of the stage broke apart, possibly due to rain pouring down during the entire day. Water spilled down on Wes’s side, resulting in his gear suffering large damage and Fred to comment “oh shit, the pedalboard is gonna go out, right now”. The band was able to finish ‘Break Stuff’ despite Wes’s guitar dropping out from time to time, but had to end the show right after and therefore drop the last song of the setlist, ‘Take A Look Around’.

Other Notes:
– The band headlined the Town Centre stage of the festival.
– This was the only United Kingdom territory show of 2018. 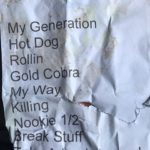 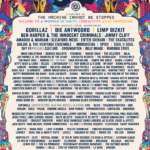 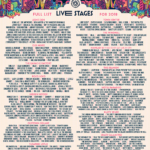