Show Notes:
– Samuel G. Mpungu didn’t play bass at this show. Tsuzumi Okai handled bass duties, for this show only, instead. This was the last time that Tsuzumi filled in on bass.
– During ‘Thieves’ (Ministry cover), Fred brought out Gregory, the local promoter representative, on stage to have him talk indonesian to the crowd.
– ‘Rollin’ (Air Raid Vehicle)’ had an extended intro by Wes and John. The song was also cut before the last chorus, similar to how it was done at 2018.06.30 Panenský Týnec, Czech Republic for unknown reasons.
– Fred went into the crowd during the bridge of ‘My Generation’. When he started continued the song, someone grabbed him by the balls, causing him to stop, pushing the person away and telling that person to move away.
– ‘Nookie’ was played until the second chorus and went into DJ Lethal’s Medley, consisting of ‘Jump Around’ by House Of Pain, ‘Insane In The Brain’ by Cypress Hill and ‘Walk’ by Pantera, all played over the PA.
– Fred didn’t scream the end of ‘Faith’ (George Michael cover).
– After ‘Faith’ (George Michael cover), the band played a Covers Medley, starting with the bridge and intro of ‘Master Of Puppets’ by Metallica, followed by the intro of ‘South Of Heaven’ by Slayer, the intro of ‘Holy Wars.. The Punishment Due’ by Megadeth and the intro of ‘Bombtrack’ by Rage Against The Machine. After that, John started ‘Killing In The Name’ (Rage Against The Machine cover), but Fred stopped and talked to the audience for a bit. After that, the song was played.
– ‘Gold Cobra’ was on the setlist after ‘Faith’ (George Michael cover), but replaced with ‘Killing In The Name’ (Rage Against The Machine cover) during the show.

Other Notes:
– This was the first time ever that the band played in Indonesia. The band was supposed to play there in 2003 but the show was cancelled due to safety concerns. 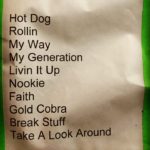 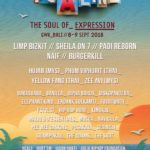 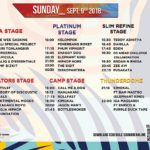 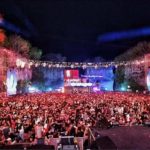