Show Notes:
– Wes guitar had a malfunction towards the end of the first chorus of ‘Hot Dog’, causing him to miss the first half of the second verse.
– Fred made two shoutouts to festival organizer Travis Barker at this show. First during the bridge of ‘Hot Dog’, then again during the bridge of ‘Take A Look Around’.
– ‘Break Stuff’ had the sirens intro.
– Wes stagedived into the crowd during the bridge of ‘Break Stuff’ and stayed in the crowd until the end of the song before crowdsurfing back to the stage.
– Fred made shoutouts to Suicidal Tendencies, headliners of day 1 of the festival, and Ho99o9, who played right before the band, after ‘Break Stuff’.
– Fred made a shoutout to skateboarder Mike Vallely, who watched the show from sidestage, after ‘Brain Stew’ (Green Day cover).
– DJ Lethal played following interludes at this show: ‘Push Him Up’ after ‘Break Stuff’, ‘Everyday’ after ‘My Generation’, ‘I Want You To Stay’ after ‘Full Nelson’ and ‘A Lesson Learned’ after ‘Faith’ (George Michael cover).
– ‘Eat You Alive’ was on the setlist but dropped during the show.
– The band played a Nirvana medley after ‘My Way’ including ‘Heart-Shaped Box’ and ‘Smells Like Teen Spirit’ until the first chorus.
– ‘Nookie’ was played until the second chorus and went into ‘Full Nelson’. Fred pulled a fan called Brandon up on stage to perform ‘Full Nelson’ with him.
– Wes, John and Sam jammed the intro of ‘Mouth For War’ by Pantera after ‘Brain Stew’ (Green Day cover).
– Fred dedicated the last chorus of ‘Take A Look Around’ to “everybody who’s ever lost someone that they love in their life”.
– Soundcheck included ‘Nookie’ beats.
– This was the first time since the South American 2011 Tour that the band used the reunion backdrop and the first time since 2014.10.12 Silver Spring, Maryland that the band used the old school “limpbizkit” lights.

Other Notes:
– Many VIPs and musicians were in attendance, including: Mike Muir and Ra Diaz (Suicidal Tendencies), Joe Letz, Tsuzumi and Mayuko Okai, Travis Barker, Mike Vallely and Christian Hosoi.
– The venue had a tight noise limit of 96dB. 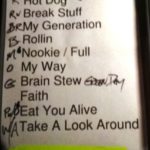 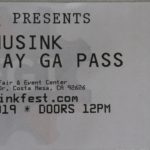 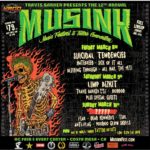 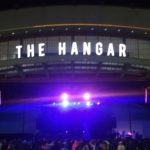 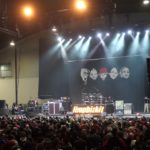 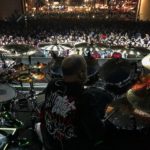 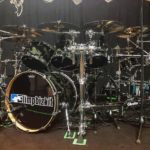 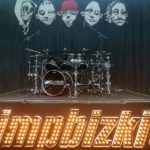 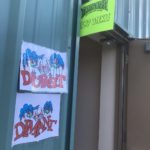 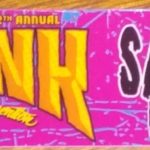 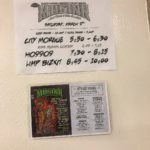 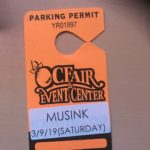