Show Notes:
– The intro of ‘Wasteoid’ was played three times before the band went into ‘Why Try’, which was played until the second chorus.
– ‘Nobody Loves Me’ was on the setlist after ‘Why Try’, but dropped during the show.
– Wes jammed the intro of ‘Pollution’ after ‘Hot Dog’ but Fred commented “hell fuckin’ no” when John’s and Sam’s cues was due. After that, he commented “you have not earned that, you’re too fucking mellow for that shit. I’m bored with you right now and you’re bored with me. We are not puppets, we’re not ponies, we’re not here to put up entertainment for you. We’re here to share an experience with you. You give what you get, you get what you give.” He referred that to the crowd not interacting and moving at all until that point.
– Fred walked through the crowd and to the soundboard area and back to the stage during the bridge of ‘Gold Cobra’.
– ‘Re-Arranged’ was played in it’s shorter version until the end of the bridge and went straight into ‘Eat You Alive’.
– DJ Lethal played the ‘A Lesson Learned’ Interlude over the PA after ‘Eat You Alive’. Fred ironically commented “we’re keeping it nice and mellow tonight.” After that, he and Wes expressed their despise about people in the crowd smoking cigarettes.
– ‘Nookie’ was played until the second chorus and went into DJ Lethal playing the ‘Seven Nation Army’ by The White Stripes remix. After that, he played ‘An Occasional Man’ by Gloria DeHaven (Don Tiki version) over the PA while Wes sang over it.
– ‘Behind Blue Eyes’ (The Who cover) was played until the second chorus.
– During the intro of ‘Boiler’, Fred wanted to let the crowd know that this was the first time on the tour that they are playing the song, but he switched to “that I’m saying that cause we’ve already played it”, referring to the fact that the band played the song on this tour already at Full Force Festival. Fred didn’t scream his lines at the end of the song.
– After ‘Boiler’, Fred decided to bring a fan up on stage. He brought a fan called Omar up first and asked him which song he wanted to do, giving him the choice between ‘Livin’ It Up’, ‘Full Nelson’ and ‘Faith’ (George Michael cover). ‘Livin’ It Up’ was started and after the first chorus Fred decided to bring up another fan since Omar wasn’t able to deliver. They restarted the song and then performed ‘Livin’ It Up’ with the second fan on stage in it’s entirety.
– Wes went into the pit after ‘Livin’ It Up’ and stayed there for the entirety of ‘Break Stuff’. DJ Lethal played the ‘All The Way Up’ by Fat Joe and Remy Ma interlude while Wes crowdsurfed back to the stage after the song.
– ‘Boiler’ and ‘Livin’ It Up’ weren’t on the original setlist.
– Soundcheck of this show included ‘Wasteoid’ Intro into ‘Why Try’, ‘Bring It Back’, the intro of ‘My Way’ and ‘Walking Away’.

Other Notes:
– This was the second year in a row that the band played at Rockhal and in Luxembourg.
– Part of the venue was curtained off due to much lower sales than the previous year, most likely due to the short distance to Saarbrücken, Germany, where the band played five days later. Attendance of this show was roughly 3000 people. 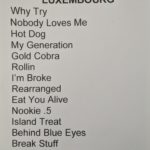 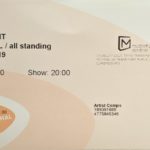 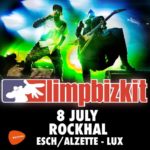 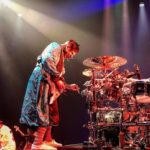 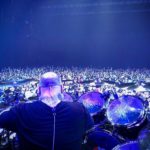 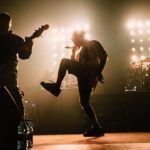 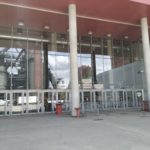