Show Notes:
– ‘Thieves’ (Ministry cover) was not on the setlist but played in it’s very short version (only one time get the fuck up) to get the crowd going.
– DJ Lethal played ‘Seven Nation Army’ by The White Stripes remix and ‘Song 2’ by Blur interludes over the PA after ‘Livin’ It Up’. After that, Wes, Sam and John jammed the intro of ‘Welcome To The Jungle’ by Guns n’ Roses instrumental and ‘Sweet Child O’ Mine’ by Guns n’ Roses before ‘Rollin’ (Air Raid Vehicle).
– DJ Lethal played the ‘A Lesson Learned’ interlude after ‘I’m Broke’.
– ‘Re-Arranged’ was played in it’s shorter version and went into ‘Killing In The Name’ (Rage Against The Machine cover).
– Somebody threw a bra on stage before ‘Nookie’, causing Wes to put it on. During that, DJ Lethal played ‘I Know What Boys Like’ by The Waitresses over the PA.
– Wes’ guitar had problems during the intro of ‘Nookie’.
– ‘Nookie’ was played until the second chorus and went into ‘Full Nelson’, for which Fred got a fan on stage to join him on vocals.
– Wes and John jammed the intros of ‘Wasted Years’ by Iron Maiden and ‘Holy Wars… The Punishment Due’ by Megadeth after ‘Full Nelson’.
– Wes said thanks in Slovakian after ‘Break Stuff’.
– ‘Behind Blue Eyes’ (The Who cover) was played until the second chorus. Wes was ready to play after the song again but was due to sing over ‘An Occasional Man’ by Gloria DeHaven (Don Tiki version), played by DJ Lethal over the PA, instead.
– The band played the Nirvana Medley after ‘My Way’ including ‘Heart-Shaped Box’ and ‘Smells Like Teen Spirit’ until the first chorus. After that, Wes and John jammed the bridge of ‘Master Of Puppets’ by Metallica followed by a slower paced version of the intro.

Other Notes:
– Sold out show. Attendance was 1500 people. 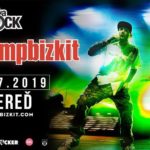 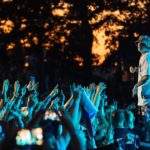 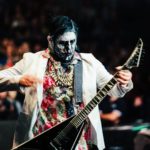 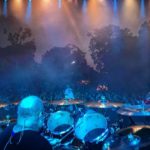